Nestled in the heart of the offbeat and trendy Batignolles district in the 17th arrondissement of Paris, Cooking Baz’art is an artsy and foodie venue for your corporate events or private gatherings. Come cook, work, share experiences and give free rein to your creativity! 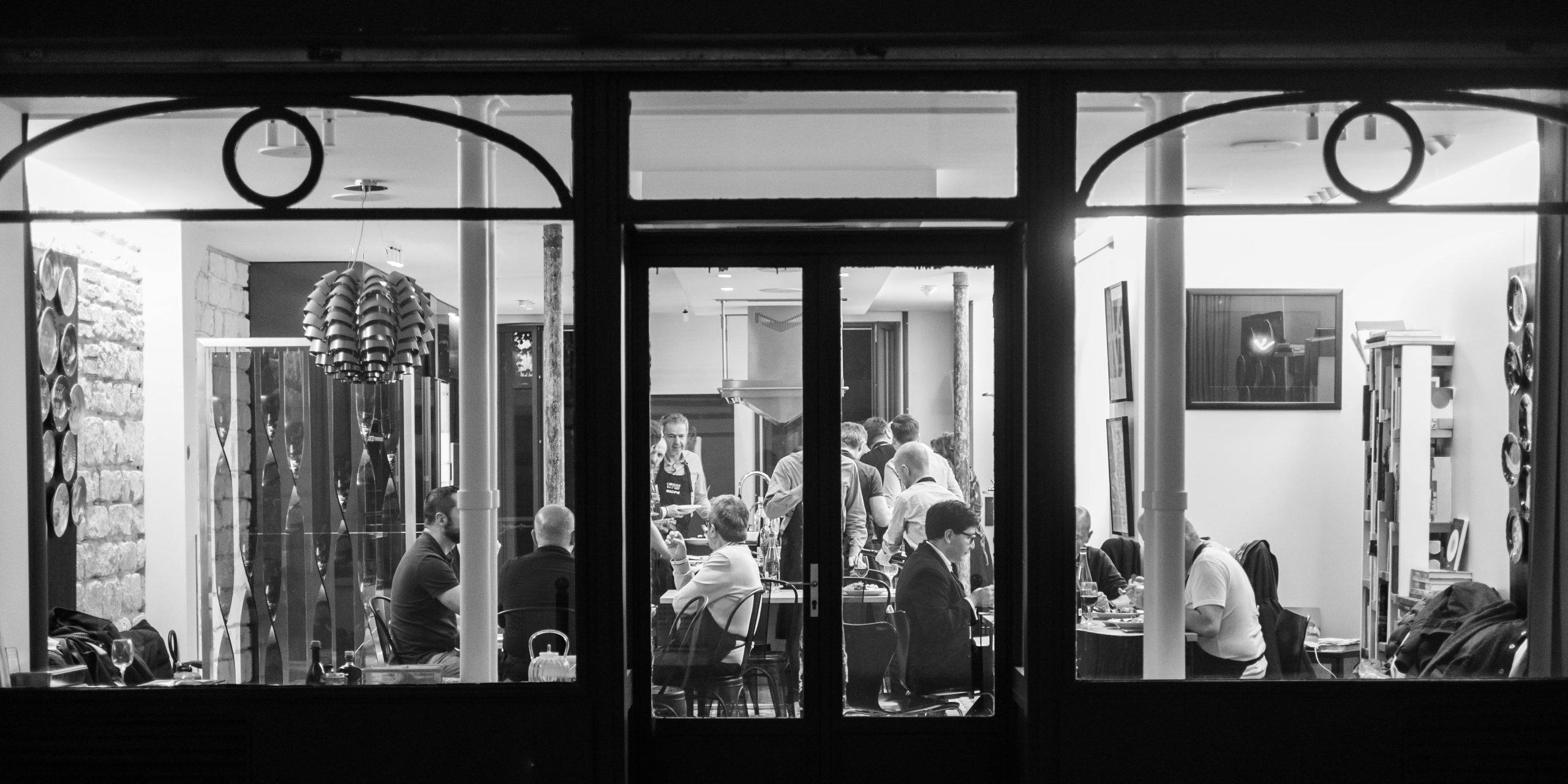 Experience flavors from around the world: our healthy and well-balanced lunch and dinner menus are meticulously prepared with the freshest ingredients.

Menus can be altered for vegetarian and vegan customers. Our menus also vary depending on availability of seasonal ingredients.

STEP INSIDE A BUBBLE

At Cooking Baz’art, eating and well-being go hand in hand. Take time to pamper yourself: prepare and savor healthy meals, meditate, and simply relax. You deserve it..

Children develop a sense of taste very early on. By stimulating their taste buds, we teach them to enjoy, and raise their awareness about, a wide variety of foods.

Isabelle Luzzato has always been drawn to the aesthetically pleasing, to good food, and to a healthy lifestyle. She initially studied fashion design: colors and textures became her world. For 15 years, she worked as a purchasing manager for men’s, women’s and childrenswear for a textile group in northern France.

At the age of 40, she moved back to Paris and took up cooking, a passion that she had always shared with her four sisters and her mother Fortunée.

In 2011, she created Cooking Baz’art, and began conducting children’s workshops from her Parisian apartment. She had set herself no small challenge: to get kids to like fruits and vegetables!

The company later moved to a large storefront space in the Batignolles district in the 17th arrondissement of Paris. An artsy and foodie venue since 2016, it hosts a wide range of events: culinary workshops, private and business dinners, art exhibitions, product launches and wellness sessions.

Cooking Baz’art is certainly multi-faceted. At the end of the day, however, what truly matters are memorable, feel-good experiences!

Good, healthy food requires good, fresh ingredients.
Unearthing the finest products is Isabelle’s forte. She knows just where to go and what supplier to contact.